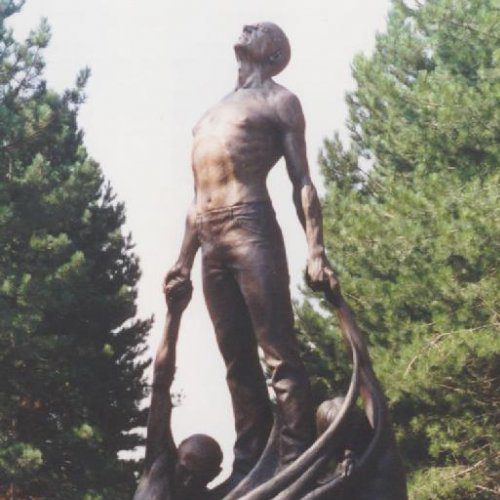 Leonardo Bistolfi and Francesco Messina were my teachers. It was my father Urbano, however, who was my master in real life. I was born in 1959 and grew up in Pietrasanta, a town in the province of Lucca in Tuscany. Today I work in the studio that my father left me years ago. The artistic environment of Pietrasanta is so comprehensive that it has become one of the most important centers of sculpture in the world. No other place of artistic interest can boast a greater number of marble workshops or an even higher concentration of bronze foundries anywhere in Italy or Europe. I live and work at the heart of these vital centers which, besides giving me great satisfaction, offer a unique opportunity to work with a variety of experts, the master sculptor in marble, the caster in plaster, the foundryman and the master mosaicist. In these favourable surroundings I can express myself freely without any obstacles of a technical character. After graduating from the Academy of Fine Arts of Carrara in Sculpture, I have taken part in numerous collective exhibitions from Tuscany to Emilia-Romagna. In 1991 my father modelled some sculptures for Jeff Coons, Andy Warhol’s famous pupil. I had the interesting experience of modeling one of them. On that occasion I also had the privilege to having the famous actress Ilona Staller as my model.

In 1996 I created a monument to the "Blind Guide-Dog" placed at the Scandicci National School for blind guide-dogs for the Tuscany Region. In 1997 I created the National Monument for the "Blood and Organ Donor" (photo) which is located at the Madonna Del Monte Sanctuary near Mulazzo in Tuscany. By the end of the same year I was elected to membership in the National Sculpture Society of the United States of America. In 1998 I created the monument to Pope John Paul II (photo) placed in the Archepiscopal Seminary of Salerno and inaugurated the next year on 4th September by the Pope himself. 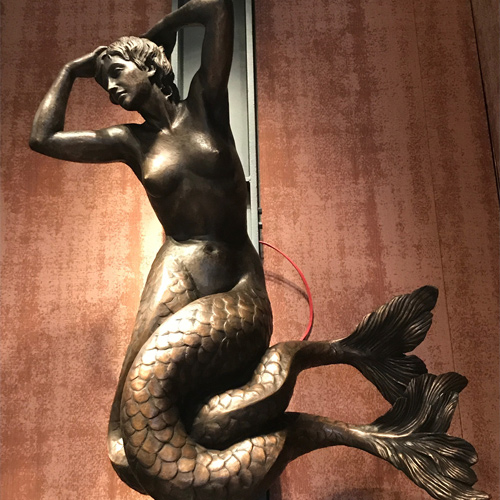 Soon after I created a small bronze statue of the actor Antonio de Curtis, known by everyone as Totò. His daughter Liliana approved it enthusiastically after her visit to my workshop. I presented it to her for the Museum to Totò dedicated by the city of Naples. Later I made a maquette of Totò (photo) which was entered in a competition organized by the Town Council of that city. In 1999 I created the monument to Father Lorenzo, a founder of the Sisters of the Carmelite Order located in Santa Marinella (Rome).

In year 2000 I created a 5-meter high statue in clay of Esmeralda for the actress Gina Lollobrigida who previously starred the role of this character in the movie “Notre Dame de Paris”.

In 2002 I made a bronze called “L’uomo con la clessidra” (The man holding an hourglass) now placed in Toronto.

In 2003 it was turn of the door bell in bronze of the Collegiata’s at Montefredente (Bo) which was to commemorate the master bell-ringers’craftmanship.

In 2004 I created a set of Eucharistic bas-reliefs in bronze for the St. Nicholas Church at Barletta.

In 2005 I realized the sculpture in bronze dedicated to Josep Constantin Dragan (The founder of the "Butangas" Company) placing at teh Timisoara University (Romania). 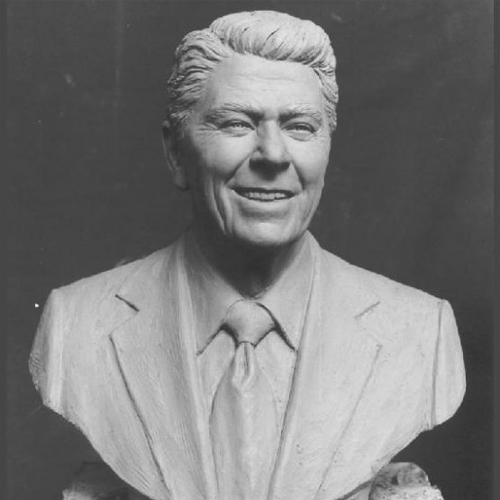 From 2006 to 2008 I realized eight life-size statues either of American Presidents and other famous men of politics, which can be still visited in the Greenwood Museum, Dallas. Since 2007 the statues of S. Tommaso d’Aquino, S. Agostino and the Vergin Mother stand on the facade of the Lady of Holy Trinity church in Santa Paula (California).

In 2009 I sculptured life-size bronze of the Patriarch Ignazio IV for the University of Balamand (Lebanon).

In 2011 I made the original model in clay of the Holy Father Juan Paul II which now stands, a statue in marble, in the side churchyard of S. Ermete Church in Forte dei Marmi (Lucca - Tuscany).

In 2017 I completed a bronze portrait bust of the attorney Eduardo Vitale, which was placed in the world-renowned cemetery of Staglieno in Genoa. In 2018 I created a bronze sculpture of a mermaid (200 cm in height) for Starbucks, which was installed in their store in Milan.

I have made a number of busts such as Ronald Reagan’s (photo), Michail Gorbaciov’s and Lamberto Vallarino Gancia’s, two copies of the latter in bronze, (photo) the first of them placed in the Asti-Gancia club-hall and the second one in the town-hall of Canelli (Asti), a bust in bronze of Sherlock Holmes (now located in the small town of Sesto Fiorentino near Florence), Nicolas Sarkozy, Francesco Baracca, Steve Jobs, the Swedish King Carlo Gustavo XVI and the earlier foreign minister Elie A. Salem from Lebanon.

My works are represented in private collections in Italy, Great Britain, Switzerland, Germany and U.S.A. 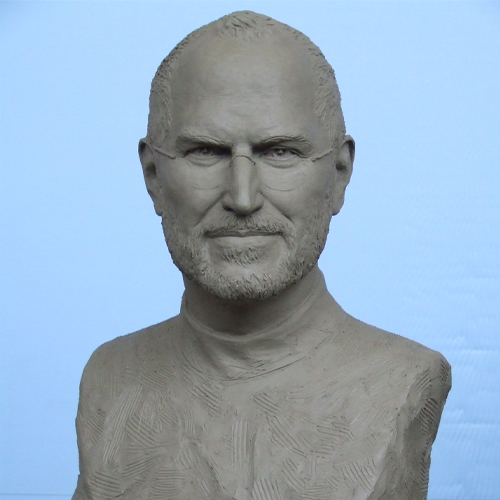 Numerous copies of classical sculptures have been produced in my studio, including "Alecander and Diogenes" by A. Puget, "The dancer with castanets" by Luigi Bienaimè (160 cm in height), the "Girl on hammock" by A. Frilli, the philosopher "Zeno" from a Roman copy (170 cm in height), a copy of the original "Saint Paul" (200 cm in height) which is located at the Basilica of St. Paul just outside the walls of Rome, and the "Three Graces" by A. Finelli. For almost forty years, I've been collaborating with artists like Jeff Koons, Gina Lollobrigida, Igor Mitoraj, Stanley Bleifeld, Anna Chromy, Ives Danà, Hakon Anton Fageras, Hanneke Beaumont, Margot Homan, Sergey Eylanbekov, Anne Shingleton and Nilda Comas.

I have a predilection for the portrait. My father was an excellent portrait sculptor. It is not an exageration to claim that he made thousands of them and I think I have inherited his natural talent. I am often commissioned to create portraits, many of which are of persons already deceased. Usually, all the information I can get with regard to their features is drawn from inferior-quality photos. Nevertheless I quite often manage fine results. I can make busts or portraits in different materials: marble, bronze, Terra Cotta, etc. When not working on commision, the subjects I like best to model, draw their roots from the realistic art of the 19th century.

In fact, I have been the closest pupil’s pupil of Leone Tommasi, a talented sculptor working in Pietrasanta in the last century and educated in the foremost 19th-century-school of realism, the Academy of the Brera in Milan. However, I feel profoundly close to one of the last of the great styles which left a mark in the history of art: the "Liberty" style (photo A - photo B - photo C - photo D - photo E - photo F). In brief, what I wish to arrive at is an approach to "figurative" sculpture and the "Liberty" style, bringing into prominance the former in comparison to the latter.